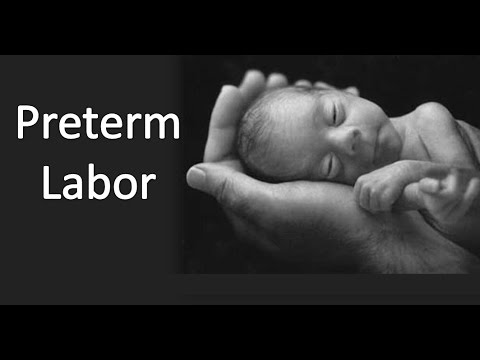 Preterm birth causes a significant number of infant deaths both in the United States and worldwide. A new study investigates the accuracy of two methods for predicting preterm birth in first-time mothers.

Preterm birth – defined as the birth of a baby before reaching the usual 37 weeks of pregnancy – affects 1 in 10 deliveries in the U.S., according to the Centers for Disease Control and Prevention (CDC).

Worldwide, approximately 15 million children are born prematurely every year, and preterm births are the number one cause of death among children younger than 5 years old.

Healthcare professionals can predict the probability of a spontaneous birth based on the mother’s previous pregnancies, but prediction for women who have not been pregnant before is difficult.

However, some previous studies have suggested that a routine ultrasound examination of the cervix may help to anticipate preterm births.

The cervix is the outer, lower part of the uterus that dilates and becomes more narrow during labor, and the previous research has shown that a shorter cervix could predict a premature birth.

Additionally, some researchers have proposed that levels of fetal fibronectin – a protein that “glues” the amniotic sac to the inside of the uterus – may also help to predict premature births.

New research published in JAMA investigates the accuracy of these two methods. The study was led by Dr. Uma Reddy, of the Pregnancy and Perinatology Branch at the Eunice Kennedy Shriver National Institute of Child Health and Human Development.

The results ‘do not support routine use of these tests’

The research studied spontaneous preterm birth, which happens naturally, rather than induced or cesarean delivery.

Dr. Reddy and team examined data on 9,410 women across eight research centers in the U.S., between October 2010 and May 2014. The women were pregnant with a single fetus and were enrolled in the Nulliparous Pregnancy Outcomes Study: Monitoring Mothers-to-Be – a study that set out to provide better care for first-time mothers and identify and prevent preterm pregnancies.

These women had their cervical length measured using an ultrasound test at 16 to 22 weeks into their pregnancy, as well as at 22 to 31 weeks of pregnancy.

Overall, both of these tests identified only a very small number of the women who ultimately gave birth prematurely.

Among the women who took the ultrasound test at 16 to 22 weeks, only 8 percent of those who delivered prematurely had a short cervix – which is defined as smaller than 25 millimeters.

At 22 to 31 weeks, little over 23 percent of the women who gave birth prematurely had a short cervix.

As for the fibronectin levels, tests revealed that at 16 to 22 weeks of pregnancy, just over 7 percent of the women who had a preterm birth had increased fibronectin – defined as 50 nanograms per milliliter or higher – and at 22 to 30 weeks, just over 8 percent of women who gave birth prematurely showed high levels of fibronectin.

“These findings do not support the routine use of these tests in such women,” the authors conclude, as the methods did not serve to predict enough preterm births.