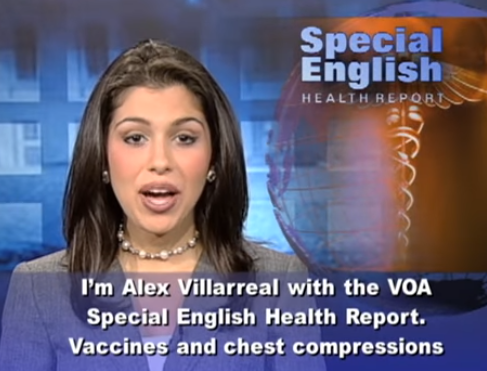 Vaccines and chest compressions are both ways to save lives. Now, separate new reports say each could save more lives if they were used more. One report is from the International Federation of Red Cross and Red Crescent Societies and the GAVI Alliance. GAVI is the Global Alliance for Vaccines and Immunization.

This alliance of public and private groups finances vaccines in poor countries. Spokesman Jeffrey Rowland says GAVI has done a lot since it began ten years ago. He says they have prevented 5.4 million premature deaths. And he says they hope to prevent 4.2 million premature deaths by keeping immunization rates high for several diseases including pneumonia and rotavirus diarrhea.

GAVI says these two diseases cause more than one-third of all deaths in children under age five. It says new vaccines against the pneumococcal bacteria and rotavirus could save more than one million children each year. But the group warns that a shortage of four billion dollars threatens these and other immunization programs. In other health news, a new study compares ways of saving patients with cardiac arrest.

Sudden cardiac arrest is when the heart develops an abnormal rhythm and stops beating. An analysis of four studies found no difference in short-term survival when rescuers followed current guidelines. These call for defibrillation as soon as possible. A defibrillator is the device used to shock the heart back to normal rhythm. But there was a small increase in long-term survival among those who received chest compressions before defibrillation. This was true especially if there were delays in the arrival of emergency medical services.

Dr. Pascal Meier of the University of Michigan Health System led an international study of one thousand five hundred patients. He said they wanted to test whether it would be better to start with chest compressions to get some blood circulation to the brain and heart before they applied the electrical shock. Dr. Meier says people should start to give compressions immediately if emergency help has not arrived. He says good quality compressions are done in the middle of the chest, about two fingers above the lower end of the chest bone. You put both hands on the chest, straighten your arms and do strong compressions. For VOA Special English I’m Alex Villarreal.

compression  – n. the act of pressing something into a smaller space or putting pressure on it from different sides until it gets smaller

federation  – n. a group of organizations, countries, regions, etc. that have joined together to form a larger organization or government

alliance  – n. a group of countries, political parties, or people who have agreed to work together because of shared interests or aims

immunization  – n. the process of protecting a person or animal from an infectious disease by putting a substance into the body that makes it produce antibodies (= proteins in the blood that fight disease)

premature  – adj. happening or done too soon, especially before the natural or suitable time

pneumonia  – n. a serious illness in which one or both lungs become red and swollen and filled with liquid

rotavirus  – n. an infectious virus that makes people, especially children, have diarrhoea (= waste from the body that is more liquid than usual)

diarrhea  – n. an illness in which the body’s solid waste is more liquid than usual and comes out of the body more often

pneumococcal  – adj. caused by or relating to the bacteria pneumococcus (= a bacteria that causes many infections in humans, including pneumonia, meningitis, and ear infections)

cardiac arrest  – n. a condition in which the heart stops beating

abnormal  – adj. different from what is usual or average, especially in a way that is bad

rhythm  – n. a strong pattern of sounds, words, or musical notes that is used in music, poetry, and dancing

the process of studying or examining something in an organized way to learn more about it, or a particular study of something

survival  – n. the fact of a person, organization, etc. continuing to live or exist

defibrillation  – n. the use of an electric current to stop any irregular and dangerous activity in the heart’s muscles