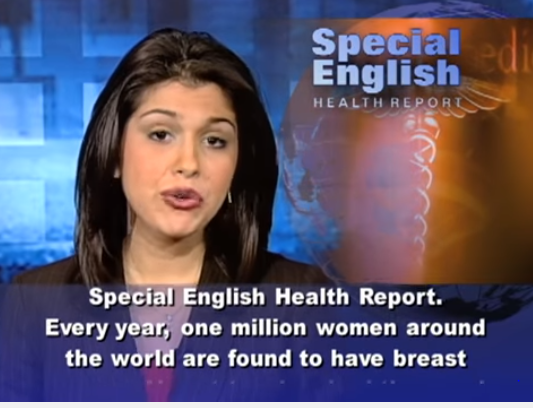 Every year, one million women around the world are found to have breast cancer. Almost two hundred thousand others are told they have ovarian cancer. The decisions for treatment are more difficult when the women have abnormal versions of two genes called BRCA1 and BRCA2. The mutations in these genes can also increase the risk for other kinds of cancer, including cancer of the cervix, uterus and pancreas.

Sandra Cohen has never had breast cancer or ovarian cancer. But she has the BRCA1 and BRCA2 mutations. So she decided to have doctors remove her breasts and ovaries. She made the decision after her mother and grandmother both died from the same kind of cancers. Doctors have known for several years that preventative surgery reduces the risk of ovarian and breast cancer for women with the mutations.

But a new study also shows that these operations help those patients live longer. The four-year study involved about two thousand five hundred women with the genetic mutations.One of the researchers was Dr. Susan Domchek at the University of Pennsylvania School of Medicine. She said: “Women who had their ovaries removed had a decrease in the risk of breast cancer and a decrease in the risk of ovarian cancer. In addition, they were less likely to die of breast cancer, less likely to die of ovarian cancer and also had an improvement in their overall survival.”

Their risk of death from breast cancer was fifty-six percent lower, says Dr. Domchek. The researchers say women with a strong family history of breast or ovarian cancers should get genetic testing. Sandra Cohen did.She says: “Do some research with a genetic counselor. Meet some other women who have gone through it. It really will empower you to take some action.” The study appeared in JAMA, the Journal of the American Medical Association.For VOA Special English I’m Alex Villarreal.

ovarian  – adj. of or relating to the ovaries or an ovary

abnormal  – adj. different from what is usual or average, especially in a way that is bad

mutation  – n. the way in which genes change and produce permanent differences

cervix  – n. plural cervices the narrow lower part of the womb that leads into the vagina

pancreas  – n. an organ in the body that produces insulin (= a chemical substance that controls the amount of sugar in the blood) and substances that help to digest food so that it can be used by the body

counselor  – n. someone who is trained to listen to people and give them advice about their problems