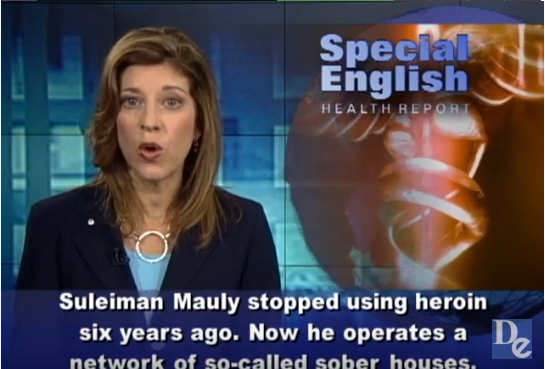 Tourists come to Zanzibar for its white sand beaches and historic buildings in Stone Town. But something else also makes its way to the Tanzanian island: heroin trafficked across the Indian Ocean from Asia.

Most of the heroin shipped through East Africa is headed for Europe and North America. But Reychad Abdool of the United Nations Office on Drugs and Crime says a lot of it stays on the continent. “We know for a fact that heroin is being used in at least thirty countries in Africa. And we also know for a fact that the number of countries reporting injecting drug use, especially of heroin, is also increasing in Africa.”

The problem in Zanzibar has led to some creative local solutions. Suleiman Mauly stopped using heroin six years ago. Now he operates a network of so-called sober houses. These are run by addicts themselves to help one another recover. There are nine sober houses — eight for men and one for women.

Mr. Mauly himself went through a drug treatment program in Kenya. But it cost around two thousand dollars, he says. Staying in a sober house costs about one hundred dollars a month. Most of the people are supported by their families.

Treatment is based on the idea that drug addiction is more of a public health problem than a crime. Mr. Mauly says this is still a new idea to many people. “Because addiction, it’s a disease, and addicts need treatment. But people, they hear that addicts are bad people and they need punishment.” He says in the sober houses, the addicts are in charge of nearly everything. “It’s a new method to Zanzibar. It’s a new phenomenon to East Africa, whereby drug addicts take responsibility to run the system.” This responsibility, he says, is important to building their belief in their own abilities. The men also learn woodworking as a way to earn money. Much of the program is based on the twelve-step program of Alcoholics Anonymous. But it also includes art therapy, yoga and even acupuncture.

This is done by Kassim Nyuni, a sober house counselor and former addict. He was trained by a volunteer from a Chinese medical school in Hawaii. “It reduces tension, and it’s relaxing. It’s a kind of treatment that’s very effective for the recovering addicts.” Still, he estimates that around sixty percent of those in the program return to heroin. Suleiman Mauly hopes to expand the network in Zanzibar. His next goal is to send former addicts to work with heroin users in prisons.

historic -adj. important or likely to be important in history

head -v. to go in a particular direction

addiction -n. an inability to stop doing or using something, especially something harmful

addict -n. a person who cannot stop doing or using something, especially something harmful

in charge : in control of or responsible for someone or something

phenomenon -n. something that exists and can be seen, felt, tasted, etc., especially something unusual or interesting

acupuncture -n. a treatment for pain or illness in which thin needles are positioned just under the surface of the skin at special points around the body

counselor -n. a person whose job is to provide advice, help, or encouragement

tension -n. a feeling of nervousness before an important or difficult event