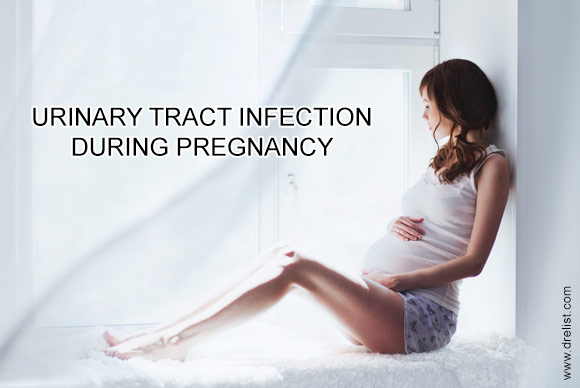 Pregnancy causes numerous changes in the woman’s body that increase the likelihood of urinary tract infections (UTIs). Hormonal and mechanical changes can promote urinary stasis and vesicoureteral reflux. These changes, along with an already short urethra (approximately 3-4 cm in females) and difficulty with hygiene due to a distended pregnant belly, help make UTIs among the most common bacterial infections during pregnancy.

UTIs during pregnancy are associated with risks to both the fetus and the mother, including pyelonephritis, preterm birth, low birth weight, and increased perinatal mortality. In general, pregnant patients are considered immunocompromised UTI hosts because of the physiologic changes associated with pregnancy. These changes increase the risk of serious infectious complications from symptomatic and asymptomatic urinary infections even in healthy pregnant women.

Oral antibiotics are the treatment of choice for asymptomatic bacteriuria and cystitis. The standard course of treatment for pyelonephritis is hospital admission and intravenous antibiotics. Antibiotic prophylaxis is indicated in some cases. Patients treated for symptomatic UTI during pregnancy should be continued on daily prophylactic antibiotics for the duration of their pregnancy.

Annual health costs for UTI exceed $1 billion. Although the condition-specific cost of asymptomatic bacteriuria or UTI in pregnancy is unknown, screening for these conditions in pregnant women is cost-effective, compared with treating UTI and pyelonephritis without screening. Goals for future research include targeting low-income groups and women in developing countries for screening and early treatment, as well as determining whether a causal relation exists between maternal UTI and childhood neurologic consequences.

The presentation varies according to whether the patient has asymptomatic bacteriuria, a lower urinary tract infection (UTI; ie, cystitis) or an upper UTI (ie, pyelonephritis).

Burning with urination (dysuria) is the most significant symptom in pregnant women with symptomatic cystitis. Other symptoms include frequency, urgency, suprapubic pain, and hematuria in the absence of systemic symptoms. The usual complaints of increased frequency, nocturia, and suprapubic pressure are not particularly helpful, because most pregnant women experience these as a result of increased pressure from the growing uterus, expanding blood volume, increased glomerular filtration rate, and increased renal blood flow.