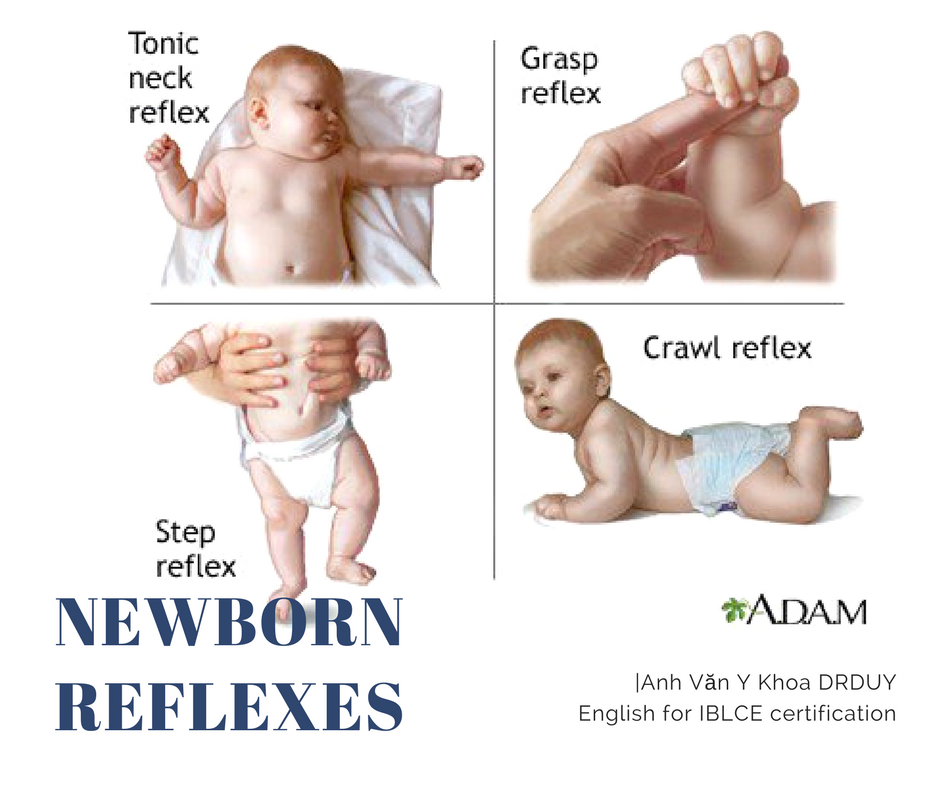 Reflexes are involuntary movements or actions. Some movements are spontaneous, occurring as part of the baby’s usual activity. Others are responses to certain actions. Reflexes help identify normal brain and nerve activity. Some reflexes occur only in specific periods of development.

The following are some of the normal reflexes seen in newborn babies: